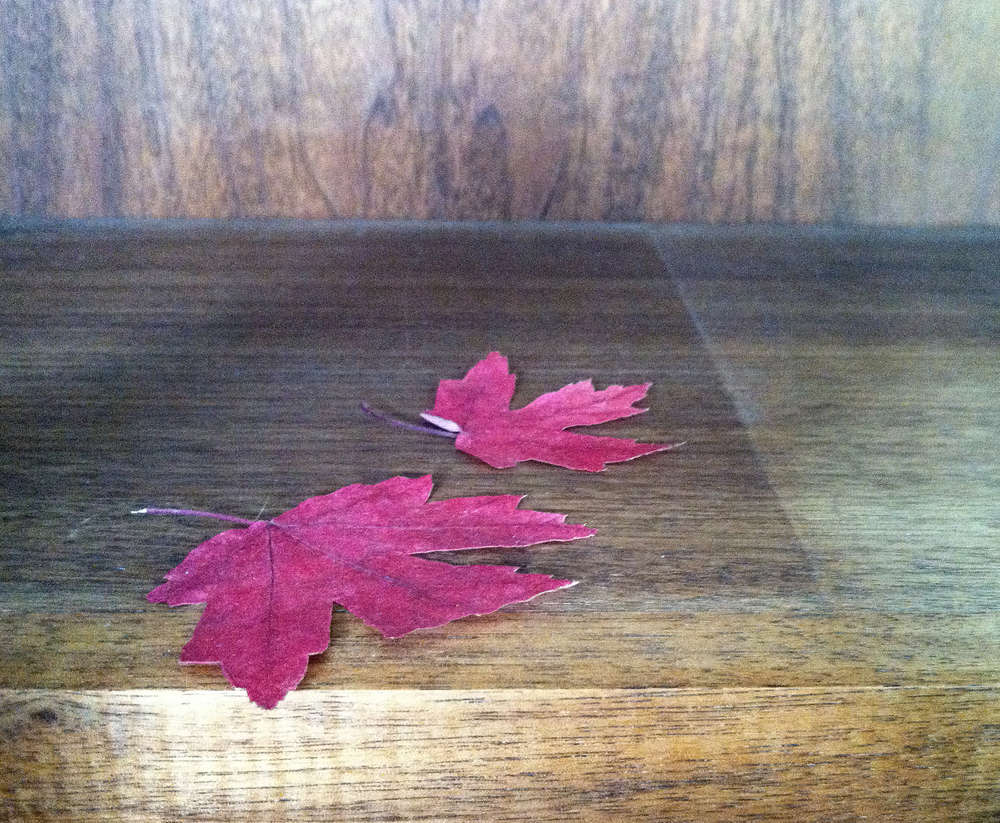 The visual discoveries to be made when preparing for a move can be both startling and sentimental.  More so the longer you’ve been at an address, I suppose.  An excavation reminiscent of Tel Megiddo may be uncovered upon moving a 200 lbs cabinet from its place of seven years in the childrens' playroom – layers of fallen and lost articles telling a story of how those children have lived and grown.  Flashcards to teach colors, animal names, and numbers covered by more recent home-made ones of multiplication factors.  The earliest efforts at writing - successive layers of lengthening words, sentences, even a foreign alphabet – buried beneath more contemporary cursive compositions of exquisite penmanship.  A toddler’s large plastic beads progress to tiny rhinestones and crystals – dropped by the same, but now more dexterous, jewelry-making hands.  A stray father’s day card from 2009 – How could I have been so careless?

This photograph was made a few days after the girls had already moved away, when only I and a crew of movers remained to crate up our belongings.  Taking the last of the books from their case, these lovely pressed maple leaves were discovered.  I can remember clearly the day that the girls prepared them - one autumn, years ago – a time when they still had an interest in things other than iPods.  It seems that their leaves had sadly been forgotten.  Even the bulky unabridged dictionary that hid them, a sun-bleached outline of which can be discerned on the wooden shelf, is now a useless relic to girls whose spelling assistance has gone completely digital.  I shot the picture with an iPhone, and forwarded it to them in a text message.