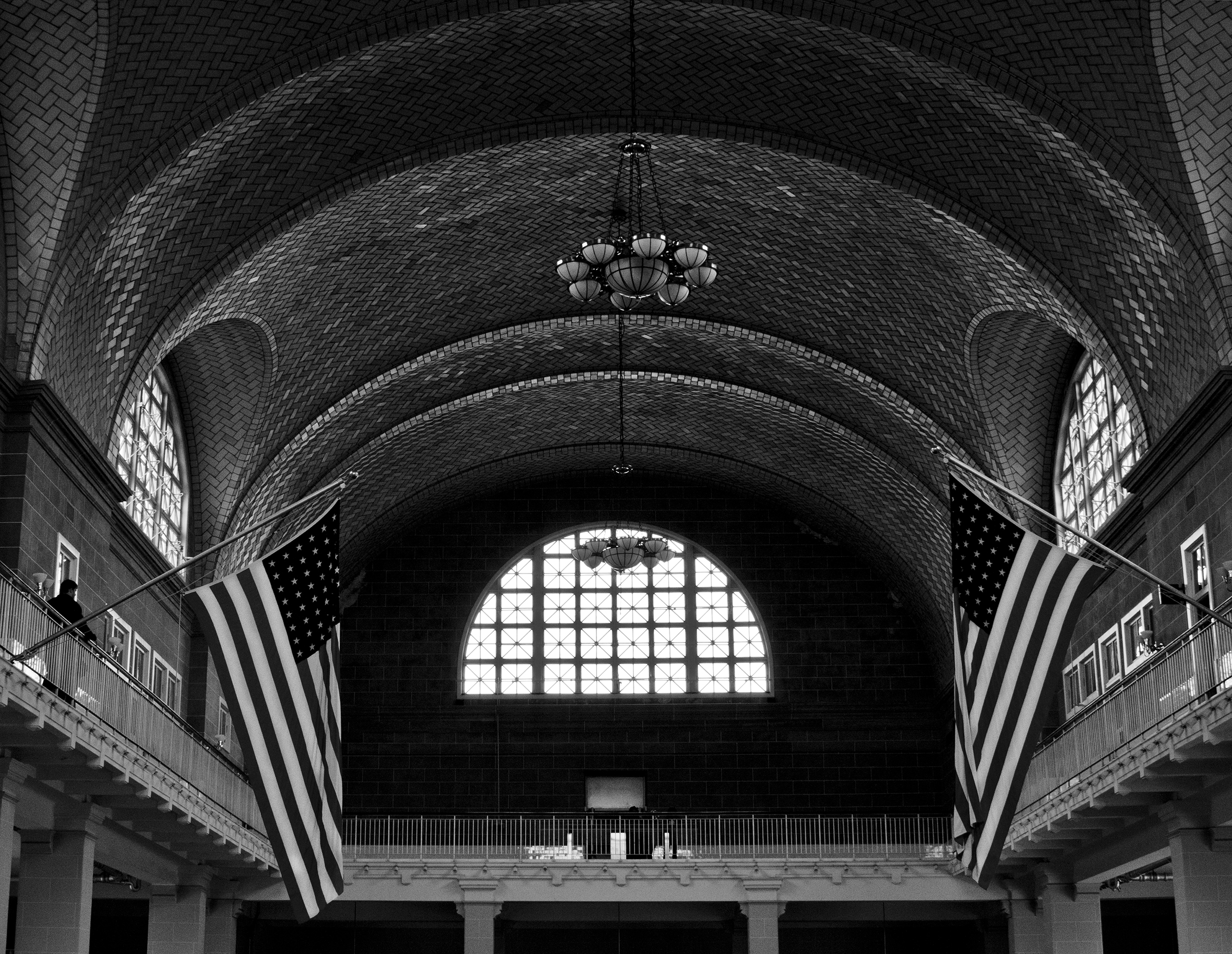 Catching the earliest ferry from Battery Park to Ellis Island before the masses of similarly minded tourists arrive allows a privileged viewing of a relatively empty and quiet Main Arrivals Hall.  Yet it’s easy to imagine the deafening chaos that was routine during this facility’s years of peak operation - the daily arrival of hundreds of new immigrants, simultaneously brave and hopeful and fearful and uncertain, struggling with exhausted crying children and awkwardly bundled belongings.  Families already separated for lack of travel funds now threatened further by lack of proper papers or infectious illness requiring quarantine or even forced return passage.  Add to the confusion the din of languages from all corners of Europe and beyond.

Americans who visit Ellis Island today all have some personal family immigration narrative that, whether or not beginning in this Main Arrivals Hall, unites us in an understanding of that greater American narrative of “life, liberty and the pursuit of happiness.”  For my family, it was escape from the pogroms of bloody Russia in the early 1920’s and, unbeknownst to them at the time, the murderous German Police Battalions that would soon follow.  For my wife’s family, it was leaving an economically stagnant United Kingdom and India some fifty years later for an equally unimaginable life in New York City.

Visiting here today, it seems that our family narrative has come full circle.  Our two young daughters run around this great empty hall both aware and playfully unconcerned of the Island’s story - charmed more so by the booming echo of their own footsteps and laughter than by the imaginable echoes of history.  I believe I made this photograph for them – a family snapshot, empty of persons yet loaded with symbol - so that they can know of the brave and hopeful journeys across continents and oceans that allowed for their own arrival, both in this world and on these shores.  For when considered in the context of twentieth century history, it is indeed a miracle that these two lovely girls exist at all.