Walking through the neighborhoods of Montreal, one is struck by the ubiquitous use of external staircases leading to the second floor units of the city’s predominantly stacked residences.  They elegantly curve and twist their way from the sidewalk in all manner of shapes and design, from organic art nouveau curves to Bauhaus-inspired austerity.

For a town that finds itself covered in a dense sheet of ice for much of the year, the stairs indeed seem a curious choice.  A quick bit of “research” provides several plausible answers suggesting some combination of immigrant preference and an economic answer to early twentieth century building codes.  It was the Scots who apparently brought their tradition of stacking residences from cities like Edinburgh.  And before them, French-Canadians had long utilized external staircases attached to terraces for their country homes. When building codes mandated greater building setback from the street, the potential loss of livable space that would have been required of interior staircases was avoided with external ones.  And hence the design of the Montreal “plex.”  But alas, the Scots didn’t know about break-ass winters…

The discovery of this kind of vernacular architecture is one of my great joys when traveling.  If I had the time, these staircases would have made a nice photo project.  As it turned out, they’ll provide a reason to go back. 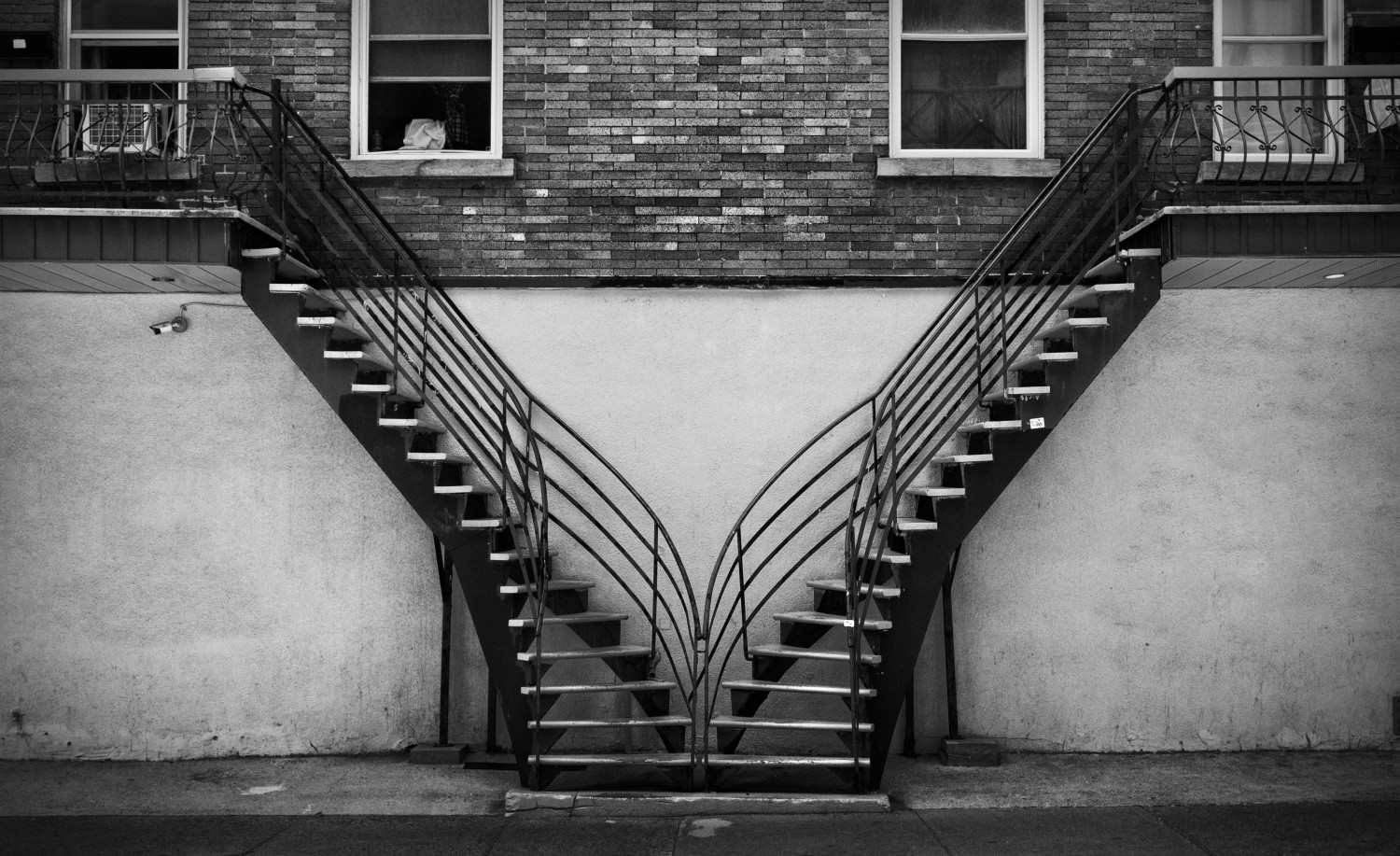