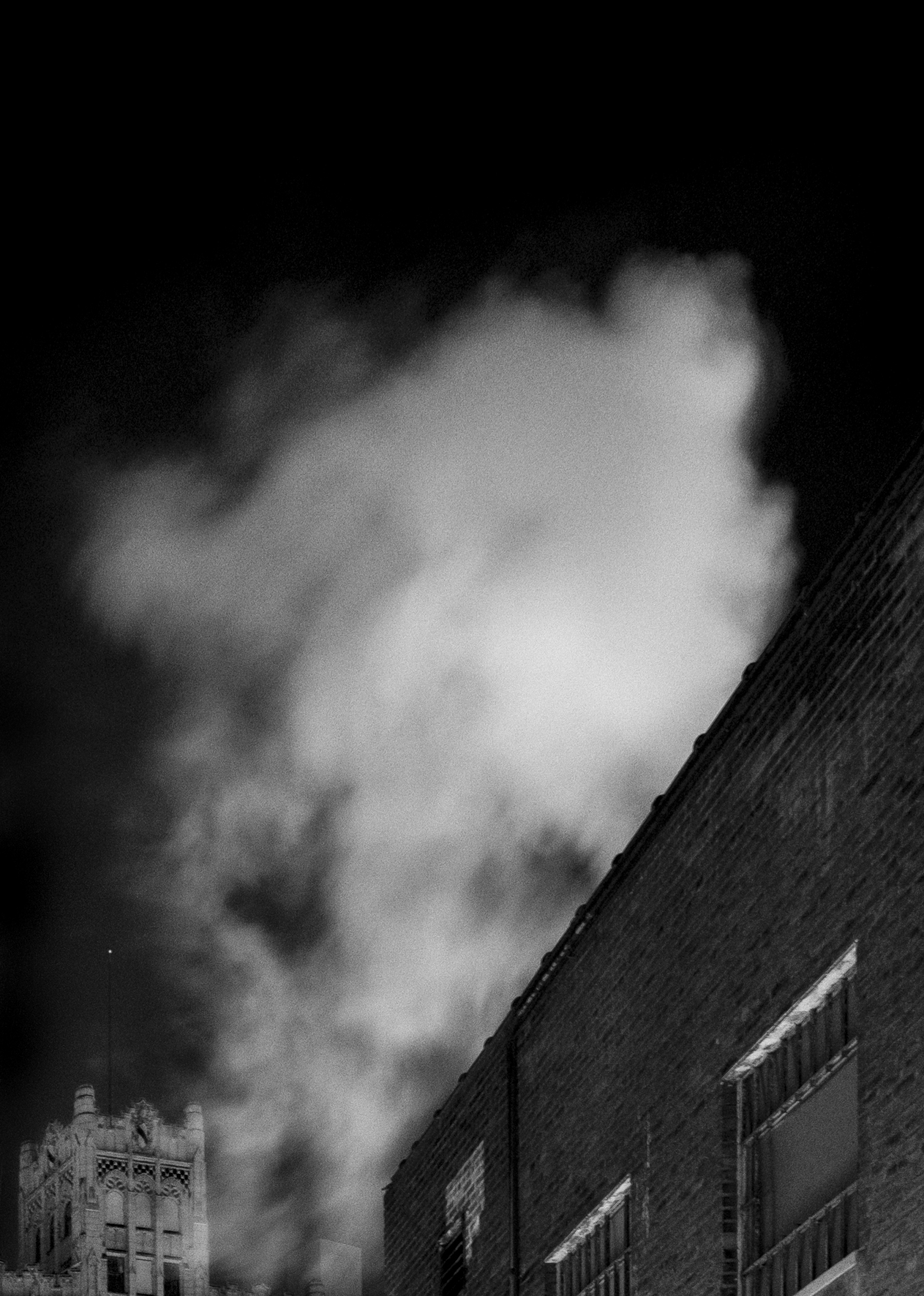 Our first visit to the Motor City – we arrived early enough Friday evening to enjoy the splendid view of Grand Circus Park from the David Whitney Building’s Aloft Hotel, followed by a visit to the Detroit Institute of Arts to see, in addition to Diego Rivera’s amazing Detroit Industry frescos and the museum’s stunningly diverse collection, the Photo exhibit “Detroit After Dark.”  Curated by Nacy W. Barr, the included pictures from the 1950’s to the current day depict urbanite delights (inspired architecture, night life, live music) and disenchantments (alienation, social inequity, blight).  For historical context, included are some the museum’s collected works of Paris and New York after dark – cities whose early 20th century bursts of modernity paralleled the camera’s improved ability to capture their dazzlingly lamp-lit streets.  Kertesz and Brassai in Paris.  Stieglitz, Abbott, Weegee, and DeCarva in New York.

The Detroit image makers further exploit the evolving technology of nighttime image capture: faster film for handheld work in low light, digital sensors with ever-increasing ISO sensitivities, and high dynamic range composites whose surreal results have us questioning the very time of day.  Some of my favorites were Jon deBoer’s In Between, 2014 – a sliver of the elegant Penobscot Light peaking between the back sides of two tagged brick buildings of questionable habitability.  Jenny Risher’s Mr. Porter, 2015 – he sits contemplatively beneath a hoodie on the steps of a peeling white clapboard church.  Dusk? Dawn?  Good? Evil?  Can’t tell.  Or Russ Marshall’s E. Larned St, 2000 – the smoke rising from the manholes reflected off the rain slick street – that’s how I think I’ll remember Detroit.

After dropping a kid with a sick tummy back at the Aloft, I stepped out to try making a few of my own.  Still finding my way around my first mirrorless camera, its discrete size and crazy-high light sensitivity were well-suited for the task.  By morning the kid had rallied, and we made our way to the Dime Store for breakfast, shopped at Third Man Records, and explored the remarkable Henry Ford museum.  Thankfully, my wife had done her homework and brought me to shoot at the abandoned Michigan Central Station before she scored last minute tickets for the 70’s Soul Jam at the Detroit Opera House. 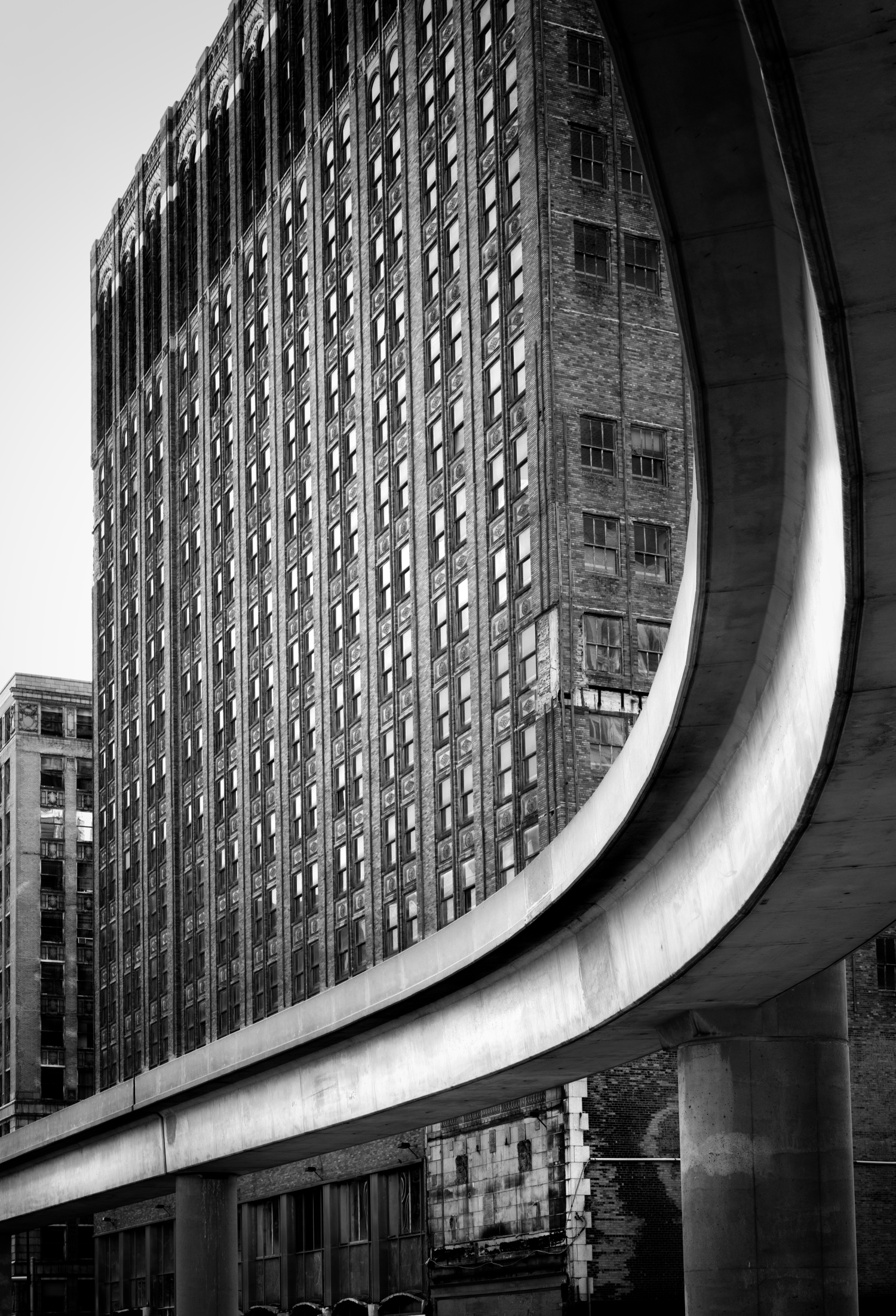 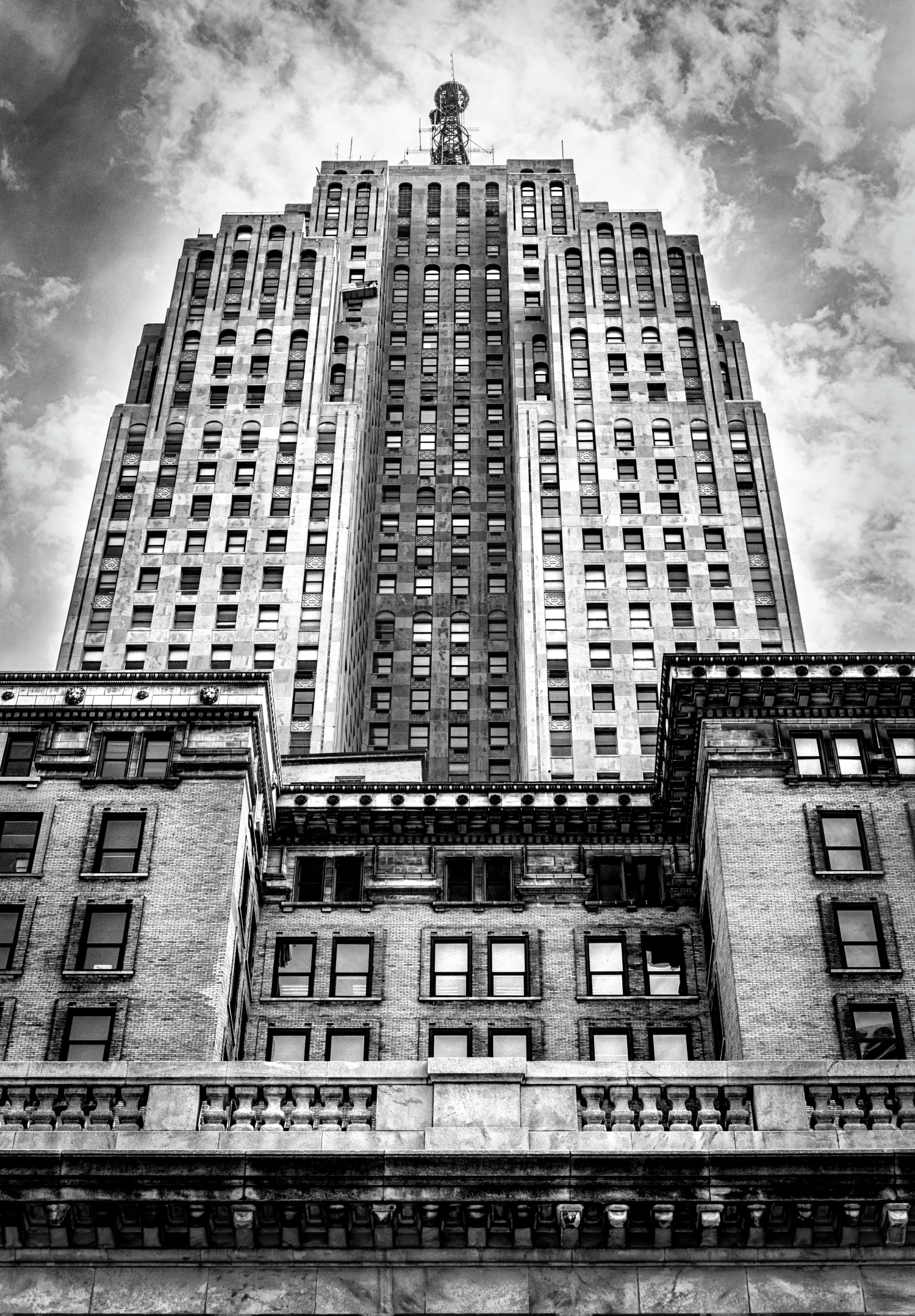