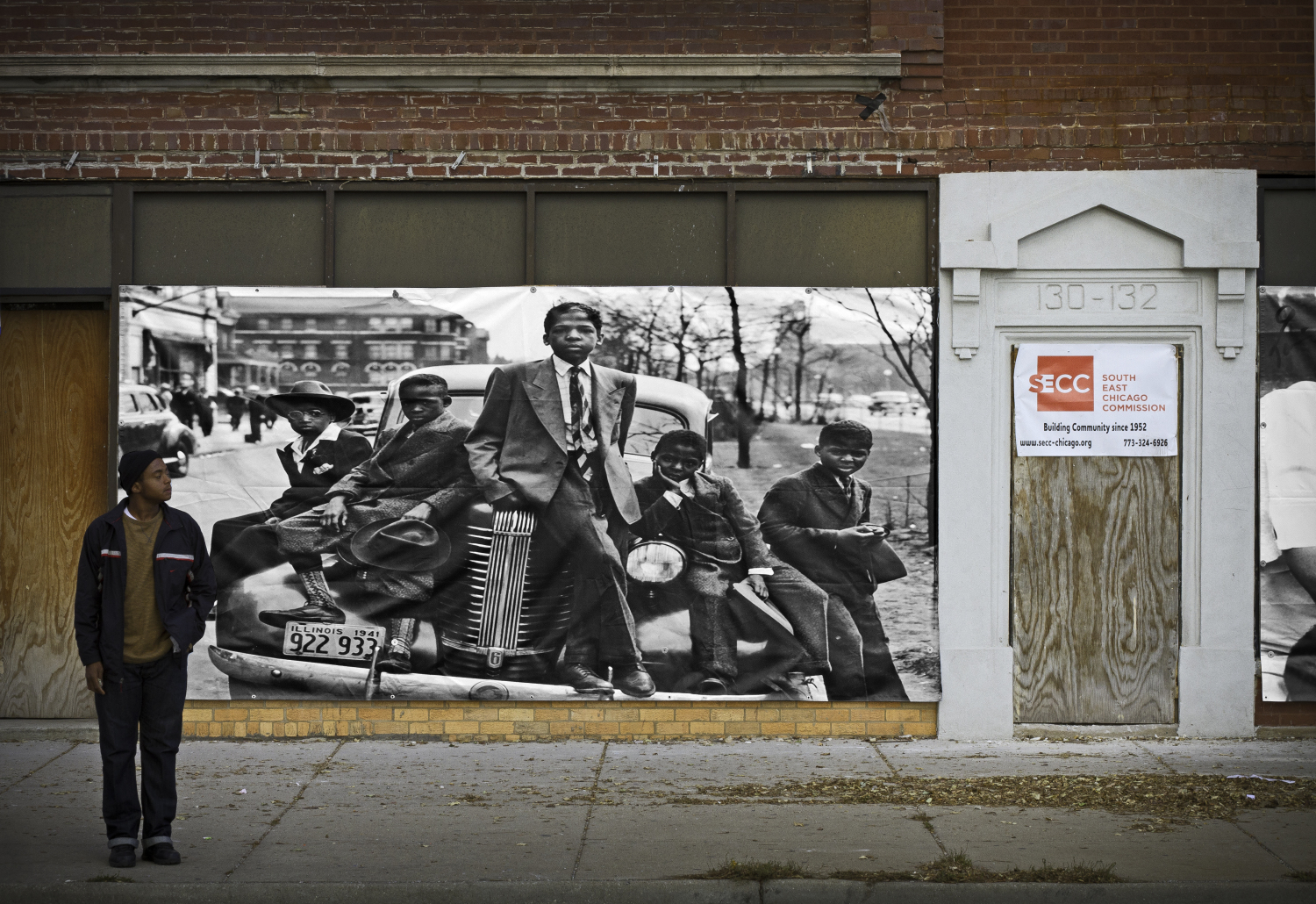 Lee Russell was probably surprised in 1941 when he came upon an affluent black Chicago community  while on assignment for the Farm Security Administration.  Although its original task had been to document the plight of impoverished farm workers in the rural US, by the 1940’s the FSA had fixed its gaze on the conditions of America’s cities.  After documenting the squalor much of Chicago’s African Americans lived in at the time, Russell found on these blocks a prosperous black middle class looking particularly sharp on Easter Sunday.

I was similarly surprised to find Russell's iconic image of five boys posed on a car (FSA editors titled it "Easter Sunday in Black Chicago") now posted over a blighted building on Garfield and Indiana.  One morning, it just appeared.  As the actual picture was shot not far from here (Grand, now MLK Boulevard), I wondered if maybe a senior version of one of these kids was still kicking around the neighborhood.  Soon there were other vintage images posted: Billie Holiday and Louis Armstrong on the flanking storefronts, a handsome family portrait beneath the remains of Platinum Plus Records, and other jazz scenes on E. 51st and MLK  over  a shuttered sandwich shop. I suppose I could have just called SECC to find out what they were up to – but I was kind of charmed by the mystery of it all.  Realizing that I’d composed the frame to include him, the young man in my picture graciously held his pose until I finished shooting.  We chatted for a minute – first about cameras and then about Russell’s picture. Turns out he was a photographer too – waiting for the bus to bring him downtown to art school.