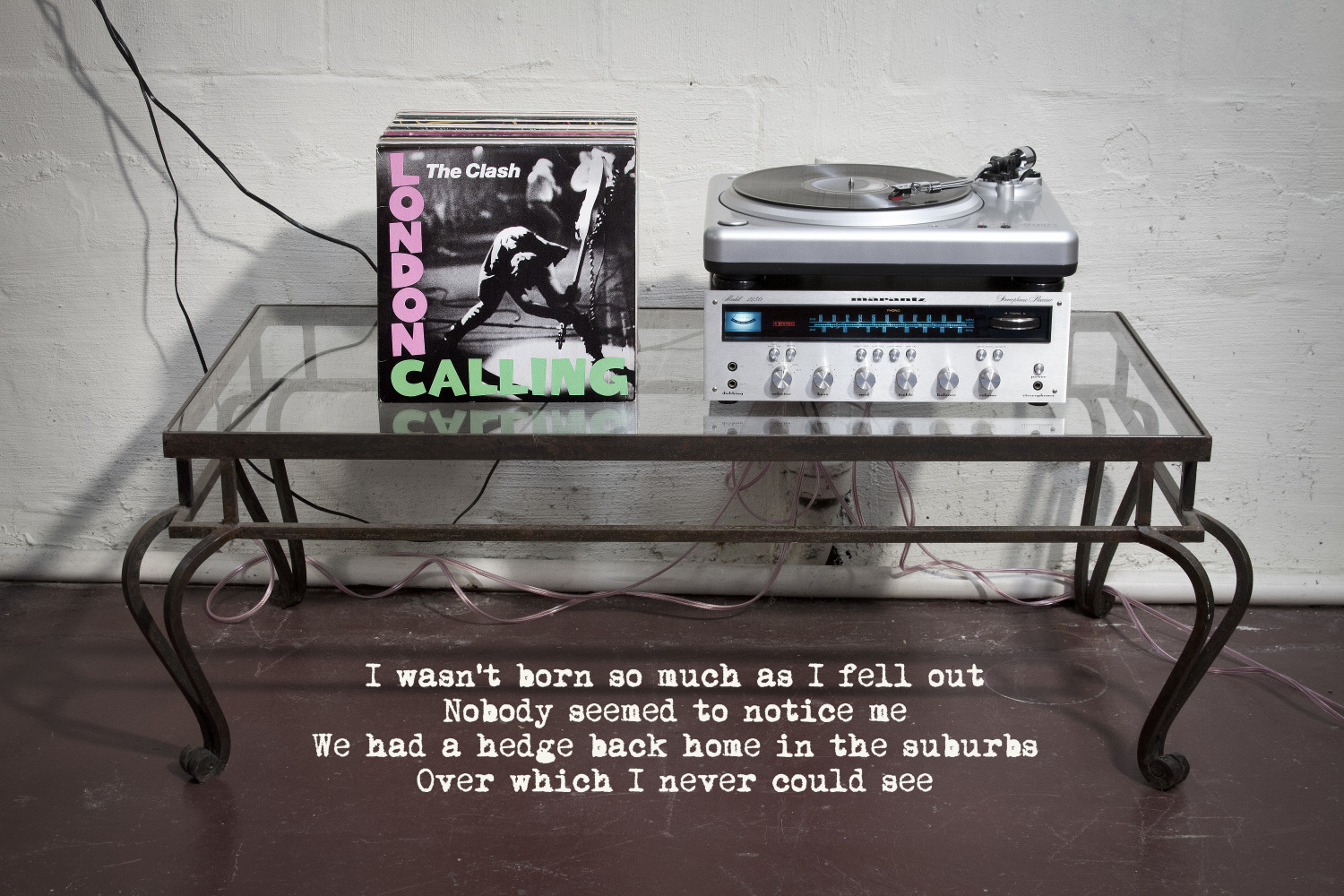 “A man's life work is nothing but a slow trek to rediscover, through the detours of art, those two or three great and simple images in whose presence his heart first opened.”

For a kid coming of age in the 1980’s, long before he would have any first-hand knowledge of those things that would become his life’s work, it was rock and roll – his “detour of art” – that would provide a vision, a start for his imagination: of political consciousness when he couldn’t be bothered to read a newspaper, of sexuality before he had a clue, of disenfranchised youth and adult abandonment, addiction, and despair.  But also in rock and roll were great and enduring visions of hope and beauty, of courage and love.  Images a young heart first opened to in song – they demanded a look beyond the family “hedge back home in the suburbs.”1

These records were freshly exhumed after twenty years of storage when the opportunity of that most quintessential suburban architectural feature – the basement – allowed space for a turntable and the liberation of their warm analog sound.  Many had been replaced over the years with CDs, iPods, and now Spotify playlists – each a step further removed from the LP as objet d’art.  But it all comes rushing back to me now: the teenage thrill of outrageous cover artwork, the pouring over of liner notes at midnight, the smell of vinyl dusted with a velvet brush, the gentle (or harsh) drop of the needle.  And the time required in turntable preparation, it practically demands the whole album side (not just one measly track) be played – so that its sequence becomes eventually etched somewhere in our brains where it mysteriously survives the effects of time, alcohol, and disease that steal at our lesser memories.

These "portraits" were made in celebration of rock and roll vinyl.  Each was shot while the album loudly played, (and then re-shot due to noise-induced camera blur).   The titles reference both the album release date and their date of purchase (some separated by quite a few years) - thus documenting the photographer’s unique rock and roll journey.  The reproduced lyrics are those which grabbed me by the throat upon first listening, and haven't let go since.

1The Clash, Lost In The Supermarket; Strummer, Jones, Simonon, Headon