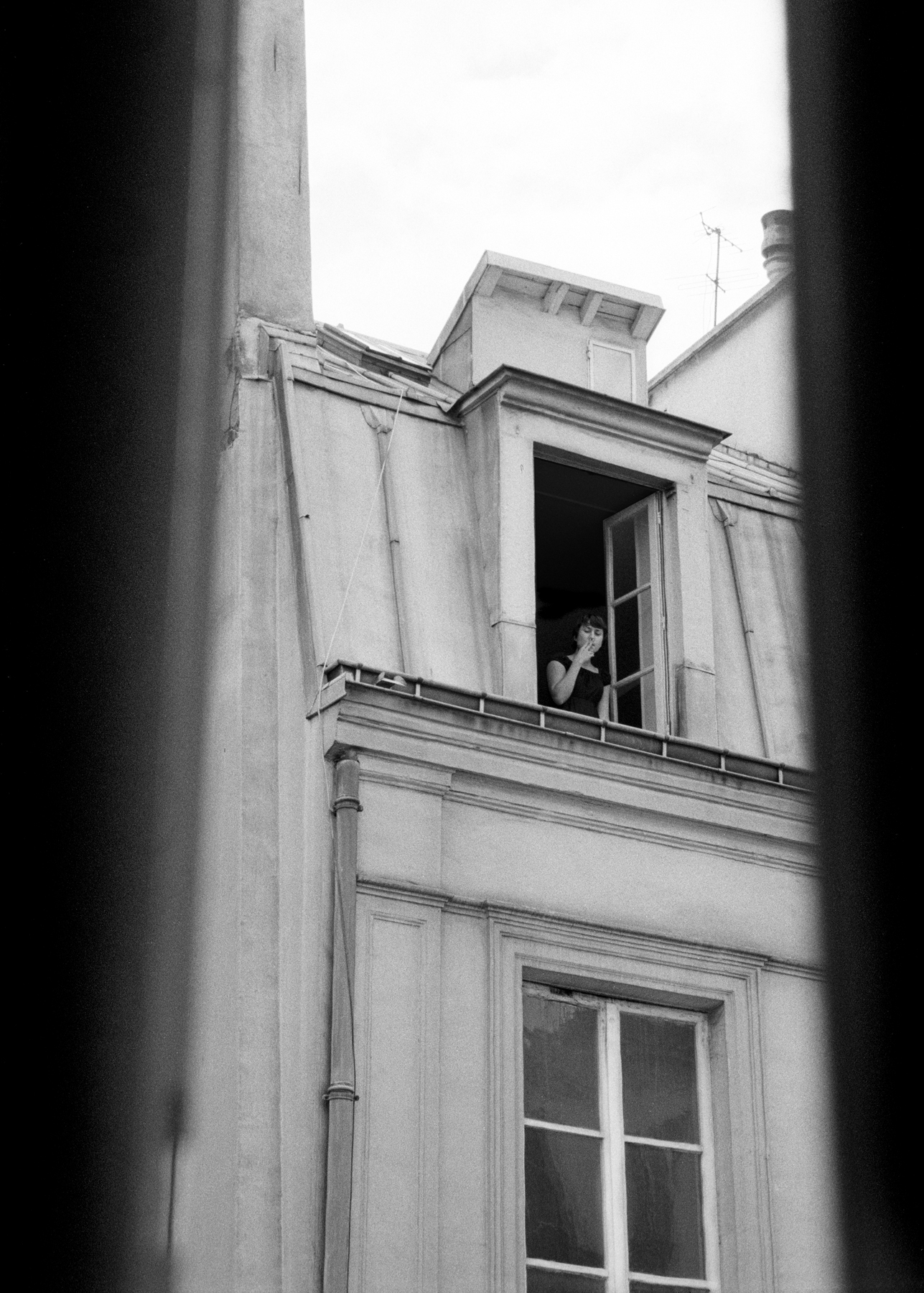 The view from my forth-floor room overlooking Rue de la Verrerie was pleasant enough.  A café occupied one corner, several shops on the other.  People going about their Saturday afternoon business.  After I'd watched them for a time, a young woman in a black A-line dress appeared from one of these shops and turned to enter the building across the street, opening a dark green wooden door that seemed ridiculously large for the passage of her small body.  My eyes idly ascended the building’s façade, guessing to which window she belonged.  When I’d all but given up, she reappeared in one of the tall attic windows, the rest of which were blacked out.  Hers had a sash of rich maroon fabric draped elegantly across that blew gently now that she’d thrown it open.  And there she stood – smoking a cigarette.  Her chest heaving softly from the climb up the stairs.  A little sunshine upon her  face.  It wasn't a beautiful one.  Rather plain – somewhat moonfaced, actually.  From this distance it seemed she wore a bold red lipstick.  Her hair was shiny and dark and mostly straight - worn simply down her back - a meandering part slightly off center and artfully coiffed bangs.  She was lovely.

Perhaps she’d noticed me by now.  Maybe not.  Just a young woman smoking a cigarette and gazing out her window on a Saturday afternoon, but I had an unusual and sad feeling that I was watching the most beautiful moments of her life pass.  And that maybe she realized this too, and was secretly glad that another human being, even a voyeur  from the hotel across the street, was there to bear witness.