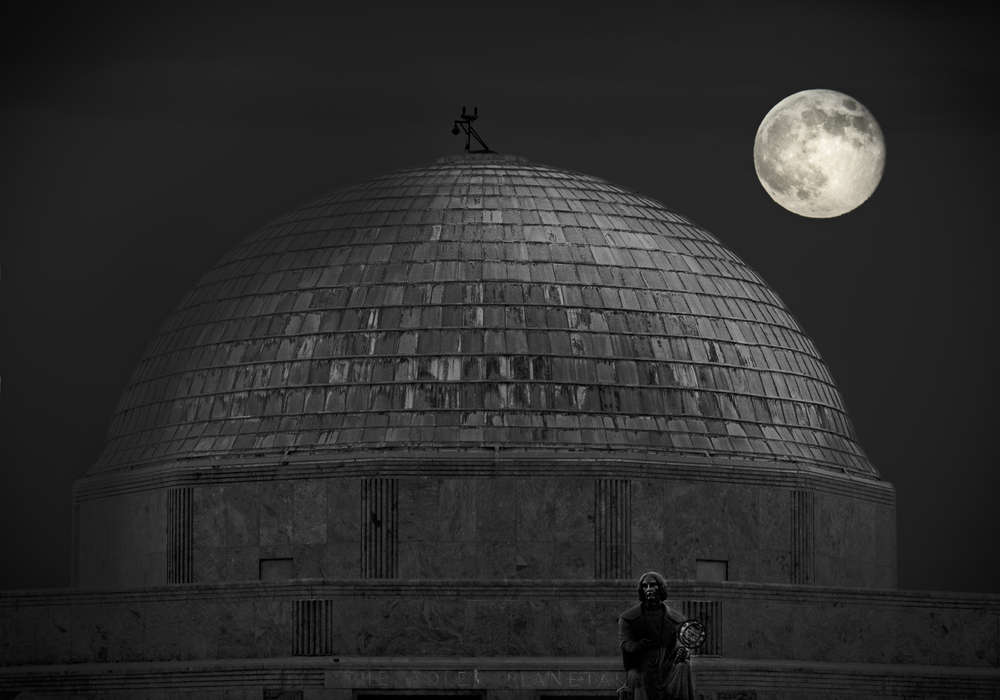 The Astronomical Museum and Planetarium of Chicago opened to the public in 1930, the result of Chicago businessman Max Adler’s investment in a public facility that could dramatically replicate an illusion of the night sky with an optical projection device designed by the Carl Zeiss Company of Jena, Germany.  Using light produced by an intricate machine at the center of a hemispherical room, images of celestial objects were projected onto the inner surface of a dome. As explained by Philip Fox, the first Planetarium director, “It could show the naked eye stars, Sun, Moon, and planets, all in their proper places for any instant of any year of any century for any terrestrial position.” 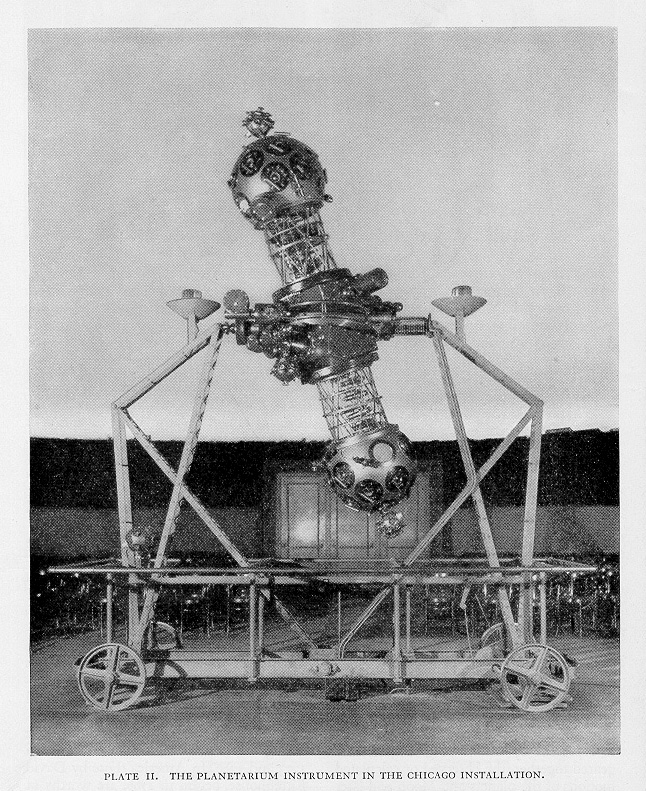 Mr. Adler explained his intent at the Planetarium's opening:

“The popular conception of the Universe is too meager; the Planets and the stars are too far removed from general knowledge. In our reflections, we dwell too little upon the concept that the world and all human endeavor within it are governed by established order and too infrequently upon the truth that under the heavens everything is inter-related, even as each of us to the other."

It is interesting to consider that when the Planetarium opened in in 1930, the beginnings of the great space race and dramatic new discoveries in astronomy that now make up the institution’s principle exhibits were some three or more decades away.  Moreover, the Mark VI Zeiss Projector that had been in use at Adler since 1967 has only recently been replaced with a new digital projection system developed for military flight simulators.  Although many planetariums had already gone digital, their overlapping projectors bled light – compromising the effect of a pitch-black night, and necessitating a shift to more motion-oriented digital productions.  The Adler upgrade allows for a stunning return of the original starry night.

This photograph, made on June 23rd, 2013, shows a “Supermoon.” Astronomers call this phenomenon a "perigee moon" – a full moon that occurs when the moon is closest to Earth each year.