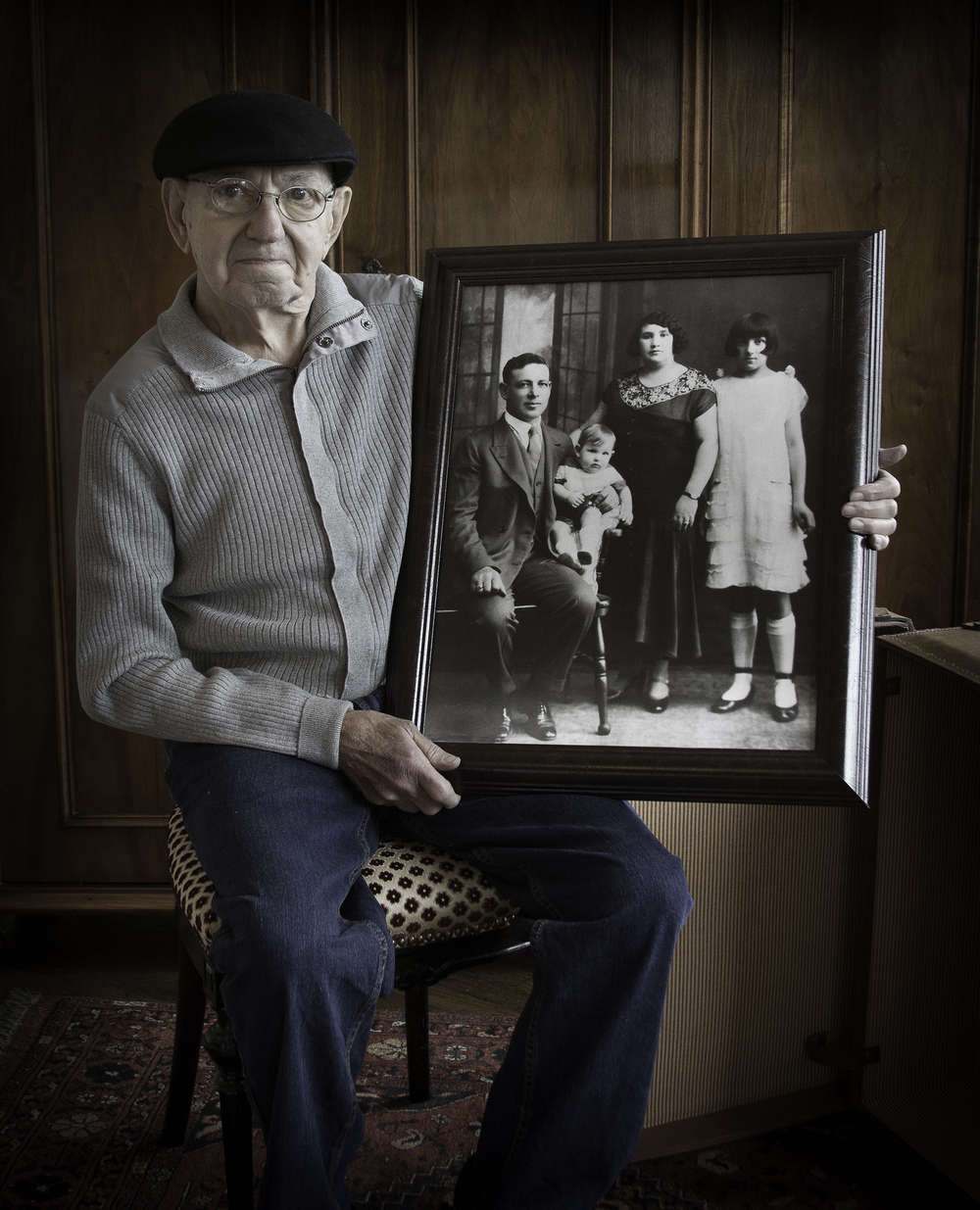 My Great Uncle Mel passed away a few weks ago.  Our family patriarch – he was also to me a grandfather figure.  Taught me how to fish.  How to light a pipe.  How to appreciate classical music.  Accidently provided my first peek at a Playboy centerfold.   In this portrait, made Thanksgiving Day 2011, he holds another portrait made in 1926.  He is the infant on my Great Grandfather's knee.  My Grandmother Bertha stands to the far right.

As a younger man he was renowned for his tool collection, but as an older man, it was for his jokes.  They were never cruel or putdowns - rather they always left his audience feeling a little bit lighter about things.  He told me with great pleasure how his urologist greeted him at each appointment: “Mel, have you got a joke for me?"

This joke, one of his favorites, was shared by his daughter Aviva at his funeral.  He told it with a Yiddish accent:

In the tiny town of Pinsk, there was a very bad man by the name of Hershel. He was a thief, a liar, a bully.  He was cruel to his wife.  There was even a rumor that he had killed a man.

So this man, Hershel, dies. And the Rabbi, of course, decides that Hershel deserves a proper funeral like anyone else.  And Pinsk, tiny as it was with so little else going on - the entire town turns out.

The Rabbi makes the Kaddish, then looks around at the congregation and asks: "Is there anyone among you who has anything good to say about Hershel?" And they all look to each other and shrug.  Again, the Rabbi asks: "Anything? Anything at all, before we send this man to his eternal rest?" Again, silence.

Until, finally, little Schmulie, from the very back of the shull, makes his way up to the bima - and looking out at his fellow townspeople says:

"His brother was worse.”